Year-round Virginia Drug Card and United Networks of America support local Children’s Miracle Network Hospitals such as Children’s Hospital of The King’s Daughters. On Tuesday, October 13th 2020, Virginia Drug Card Representative, Kayte Harte, had the opportunity to meet CHKD’s Philanthropy Officer, Kathryn Ryan and present her with a check for over $13,000. Support like ours allows the hospital to back vital pediatric medical research, fund support special programs and purchase every day supplies. It gives us great joy to continue to grant funds to help children within our community. 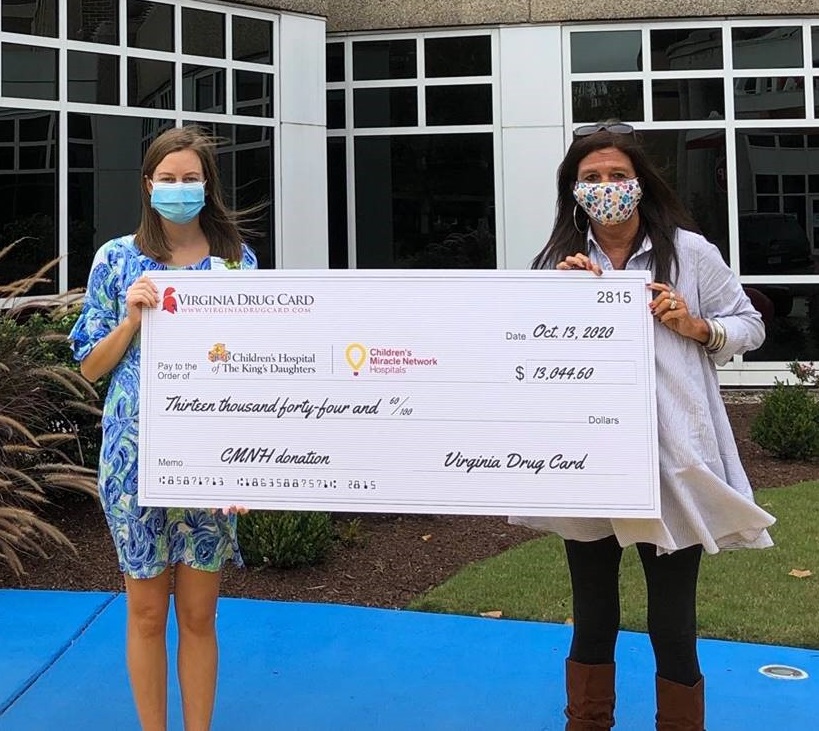 Since 2015, the United Networks of America partnership with Children’s Miracle Network Hospitals has raised over $3.2 million dollars for local children’s hospitals. Of this, $13,044.60 has been raised for Children’s Hospital of The King’s Daughters.