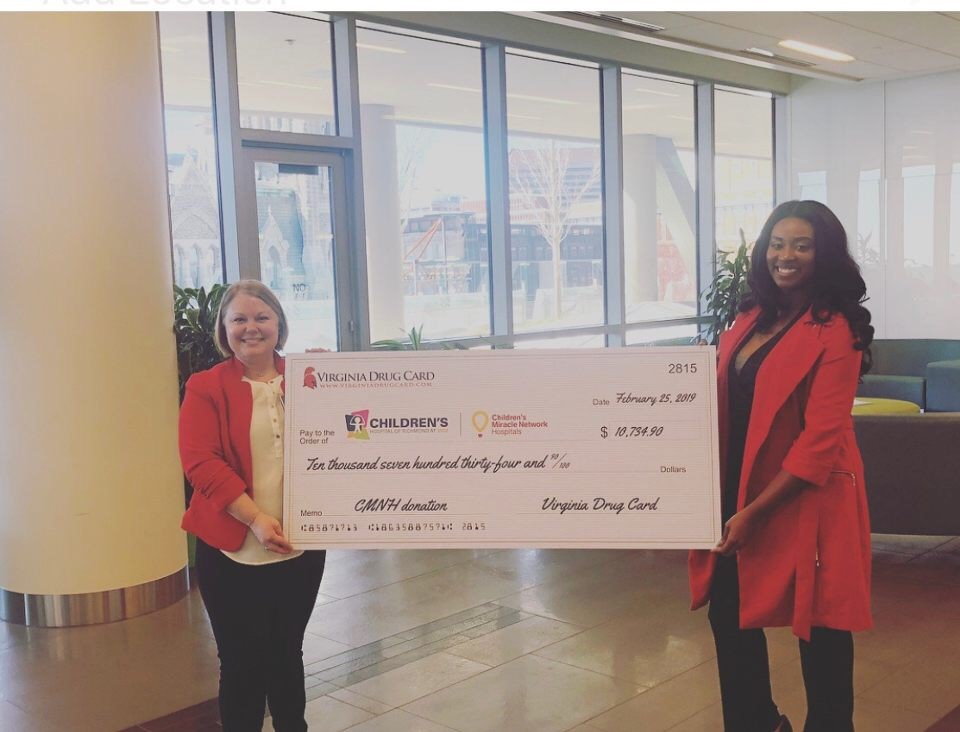 What better way to start a week than presenting a big check to a local children’s hospital. On Monday, February 25, 2019, Virginia Drug Card had the opportunity to visit Children’s Hospital of Richmond at VCU and present CMN director, Rachel Bruni, with a check for $10,734.90. Year round, Virginia Drug Card donates to local CMN hospitals each time the card is utilized at the pharmacy. Our donation dollars, in conjunction with many others, help provide not only medically necessary equipment and supplies but also helps provide amenities like libraries and activity centers for patients and their families. Get involved by sharing the Virginia Drug Card with your loved ones!

Since 2015, the United Networks of America partnership with Children’s Miracle Network Hospitals has raised over $2.4 million dollars for local children’s hospitals. Of this, $10,734.905 has been raised for Children’s Hospital of Richmond at VCU. 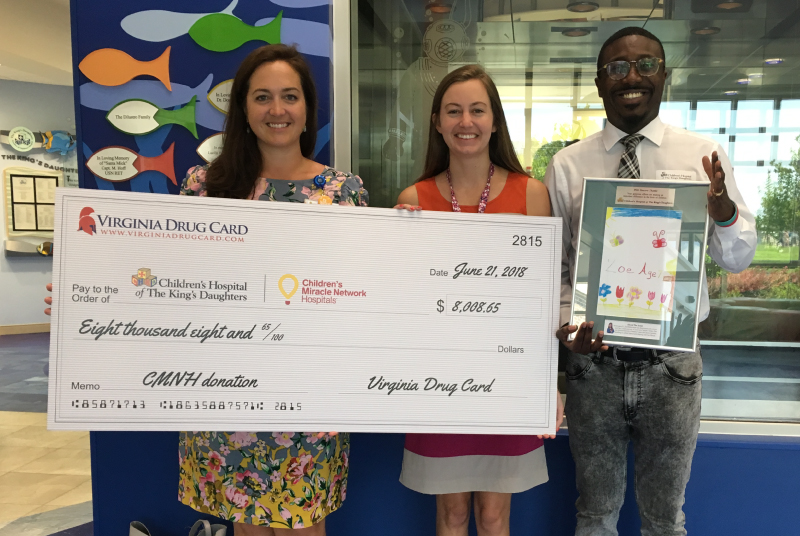 On June 28, 2018, the Virginia Drug Card team had the pleasure of presenting an $8,008.65 donor check to the Children’s Hospital of The King’s Daughters in Norfolk, Virginia. They had the esteemed honor of taking the Donor’s Tour provided by Lauren Kiger Director of Corporate Relations (left) Kate Ryan Development Officer / Corporate Relations (middle).  CHKD’s mission is to help children live a healthy life physically, mentally and emotionally while treating them for any complications they may be experiencing during their stay.  This hospital is one of only 3 free standing children’s hospitals in the Hampton Roads area and is solely kept running through philanthropy.  These monetary donations help purchase new equipment such as IV poles or infant incubators, help fund pediatric medical research and stock medical supplies like surgical gloves. To our members, your continued support of the Virginia Drug Card help us support Children’s Miracle Network Hospitals all over the state and we are deeply appreciative of each one of you.

Since 2015, the United Networks of America partnership with Children’s Miracle Network Hospitals has raised over $2.4 million dollars for local children’s hospitals. Of this, $8,008.65 has been raised for Children’s Hospital of The King’s Daughters. 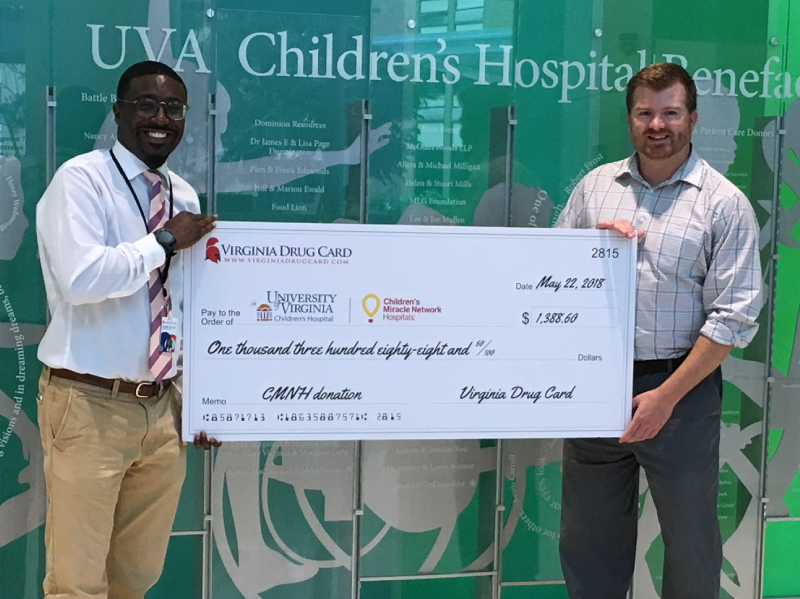 Pictured in photo are: Virginia Drug Card Rep Kevin Taylor (Left ) and Ryan (Right) Program Coordinator for Childrens Miracle Network Programs at the University of Virginia Childrens Hospital on Wednesday May 23, 2018 during the hospital tour and check presentation.  CMN took the Virginia Drug Card team on a world class tour of the University of Virginia Children’s Hospital. We saw patient treatment rooms, greeted staff, visited the famous “Donor Wall of Fame” and visited the CMN rotunda which is decorated with art provided by local donors as well as CMN’s miracle  families and children.  Our tour allowed us to see exactly where donor dollars go and how even $1 goes directly towards treating and assisting children in the times they need it most.  Donors like Virginia Drug Card help CMN hospitals do greater good in the lives of families across the country and every little bit helps.

Since 2015, the United Networks of America partnership with Children’s Miracle Network Hospitals has raised over $2.4 million dollars for local children’s hospitals. Of this, $1,388.60 has been raised for University of Virginia Children’s Hospital. 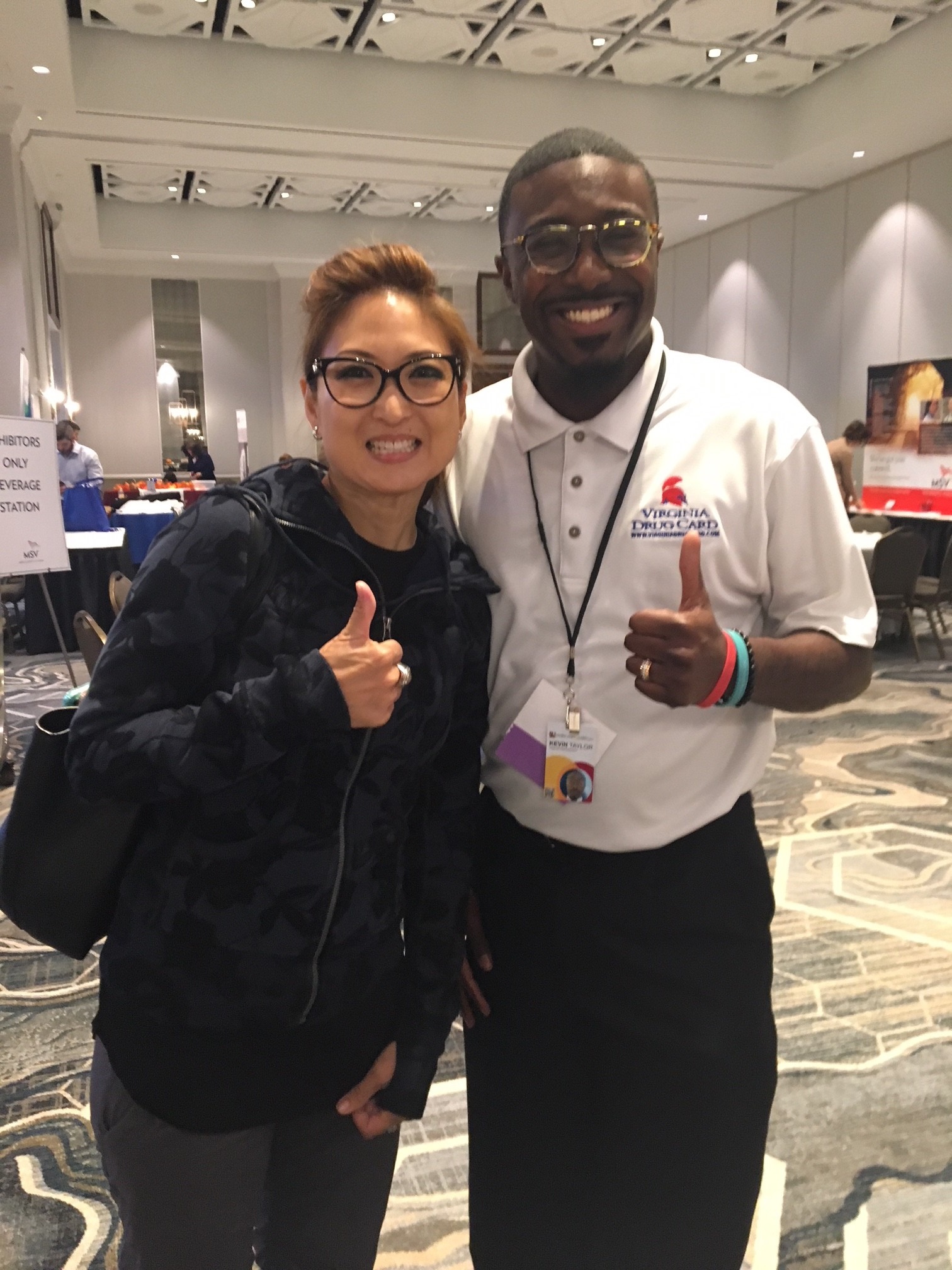 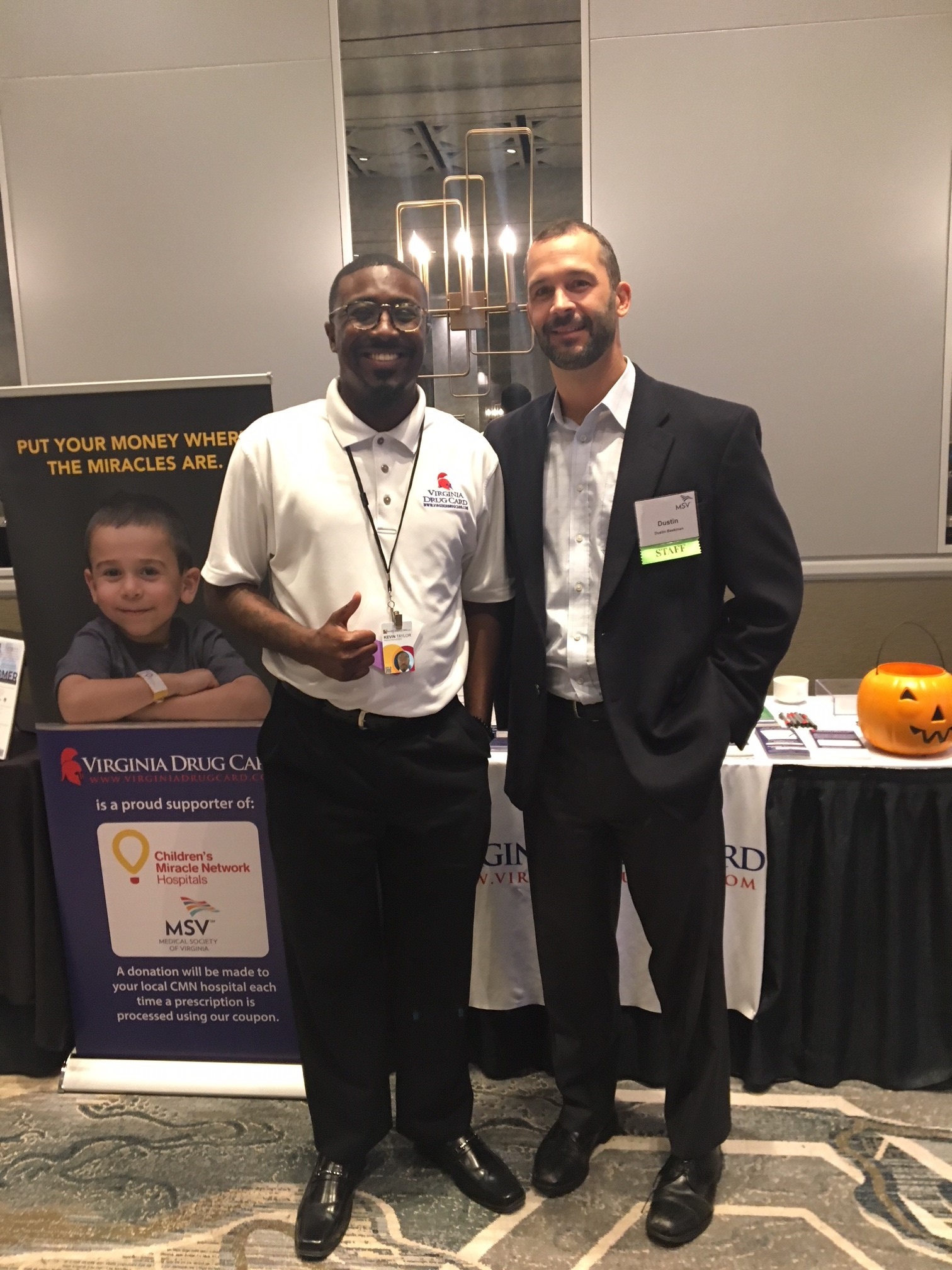 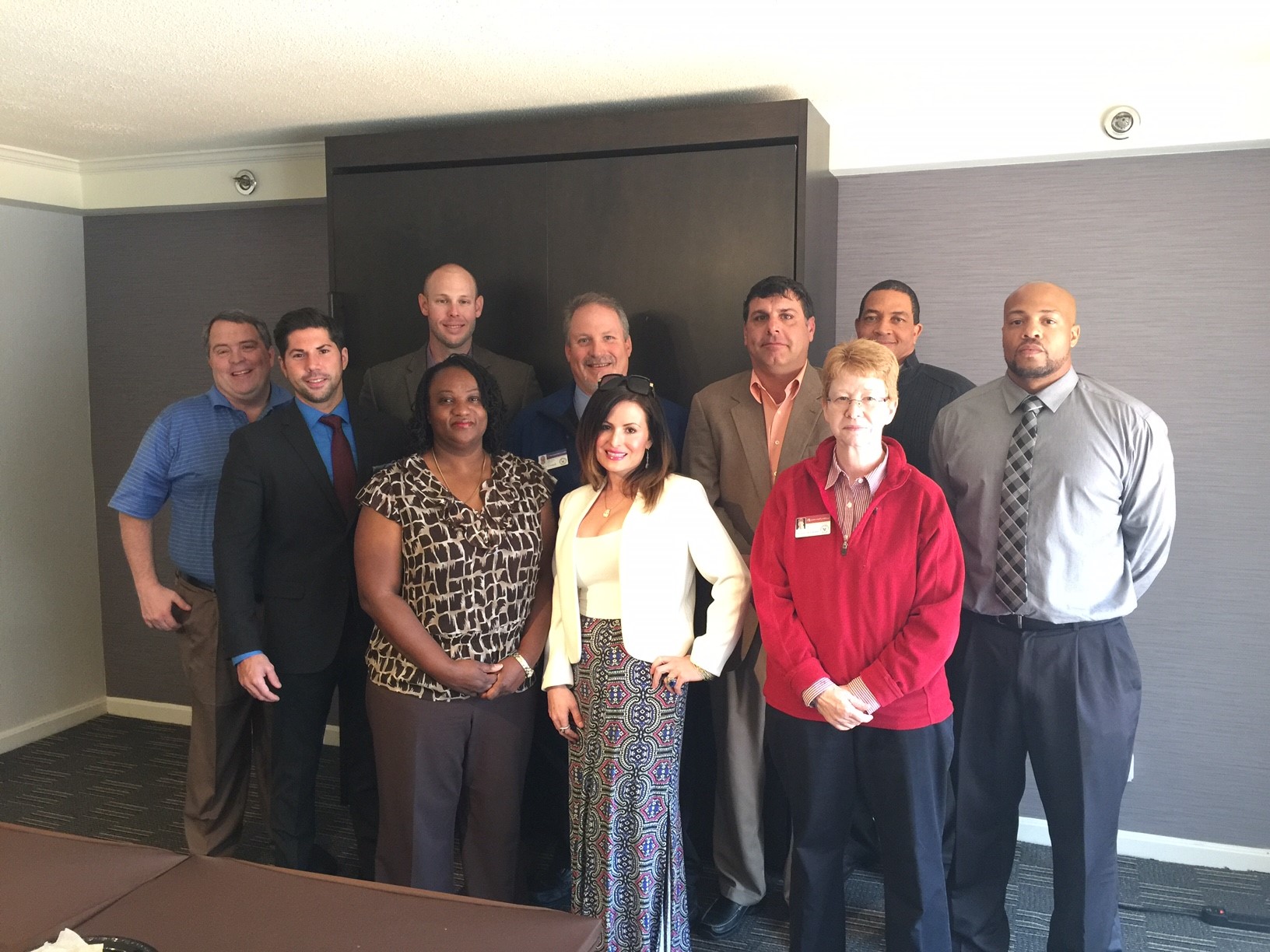